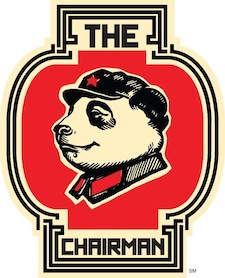 This is the sixth installment of The Cutting Edge’s new article series: Hot Kitchens, Hot Knives! Cooks and foodies almost love geeking out about their knives as much as they love food (and at times, even moreso!), so we’ll be sitting down with chefs, kitchen crews, and bloggers all across the world to ask them about their knife collections and the culinary workhorses that they know and love. Check out this series every Tuesday if you want to find out what kind of heat the guys and gals in the kitchen are packing in their knife rolls. 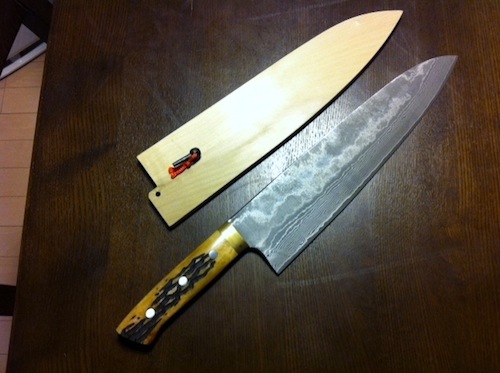 Thousands of San Franciscans have lost their minds over Chef Hiroo Nagahara’s innovative gua bao, or Taiwanese bun sandwiches, which his crew slings out of a bright red truck called The Chairman. Their take on the traditional street food showcases premium ingredients like Muscovy duck terrine, house-pickled daikon radish, and crispy miso-cured tofu. Even the buns are gourmet: they’re locally handcrafted and baked with yeast cultures imported from China. Nagahara, a former executive chef at Charlie Trotter’s Bar Charlie in Las Vegas, successfully combines the best techniques and flavors from the world of haute cuisine with the humble trappings of Asian street food. (And at $3.75 – $6.75 a pop, his bao are an incredible deal!) And, as it turns out, he’s a knife fanatic.

Soleil Ho: What was your first, real-deal kitchen knife? What was the experience of using it like?
Hiroo Nagahara: Well, my obsession with Japanese forged knives go back many years. My mother, who was in the culinary business when I was child, taught me the importance of using sharp knives to create great cuisine. She would wake me up early in the morning and take me with her to the fish market in Japan. This would remain a ritual for many years. She bought me my first 240mm yanagiba and 180mm deba at the age of 10 (when most kids were getting video games!) in Tokyo. But I felt I was slightly too young at the time to wield them properly and give them the respect they deserved. Thus, years later, I was able to harness my knives’ full potential, which gave birth to my absolute respect for knives and its craftsmen throughout Japan.

SH: How big is your kitchen knife collection?
HN: Hahaha! Well, let’s just say the total worth of my knives can buy a nice car.

SH: What are your favorite brands? Why?

HN: I believe that a knife is an extension of one’s soul. After years of use they become a part of you. They almost become yourself in a sense. They tend to embody your personality within them. Thus can you tell much about a chef by looking at his knives. Therefore brands are personal. It is whether you as a chef or cook are able to connect with the craftsmen behind the blade. That is the most important: relating to the knife. I personally am not attached to a certain brand per se, but I certainly favor and support select craftsmen. Below are some favorites:

SH: What do you look for in a good chef’s knife?
HN: Many key factors are considered when choosing a great knife. Also, its specific use and the craftsmen’s preference in forging procedure and steel material also plays a part in choosing a knife. A few keys factors are its hardness, edge retention, sharpening ease, weight, distal taper, handle material, and overall life span of the blade. A great knife needs to embody a personal balance of the key factors. Like I said, it is very personal.

SH: Do you have any knife buying and maintenance advice for home cooks?
HN: I would say when first buying a Japanese forged knife, do not spend too much money at first. The more a knife costs the more maintenance it requires and harder to sharpen. Therefore, spend roughly $180 ~ $300 or so per knife, buy a 1000# stone and a 6000# stone, and learn how to sharpen and take care of your knives properly. At the end of the day, you gotta learn how to walk before you run.