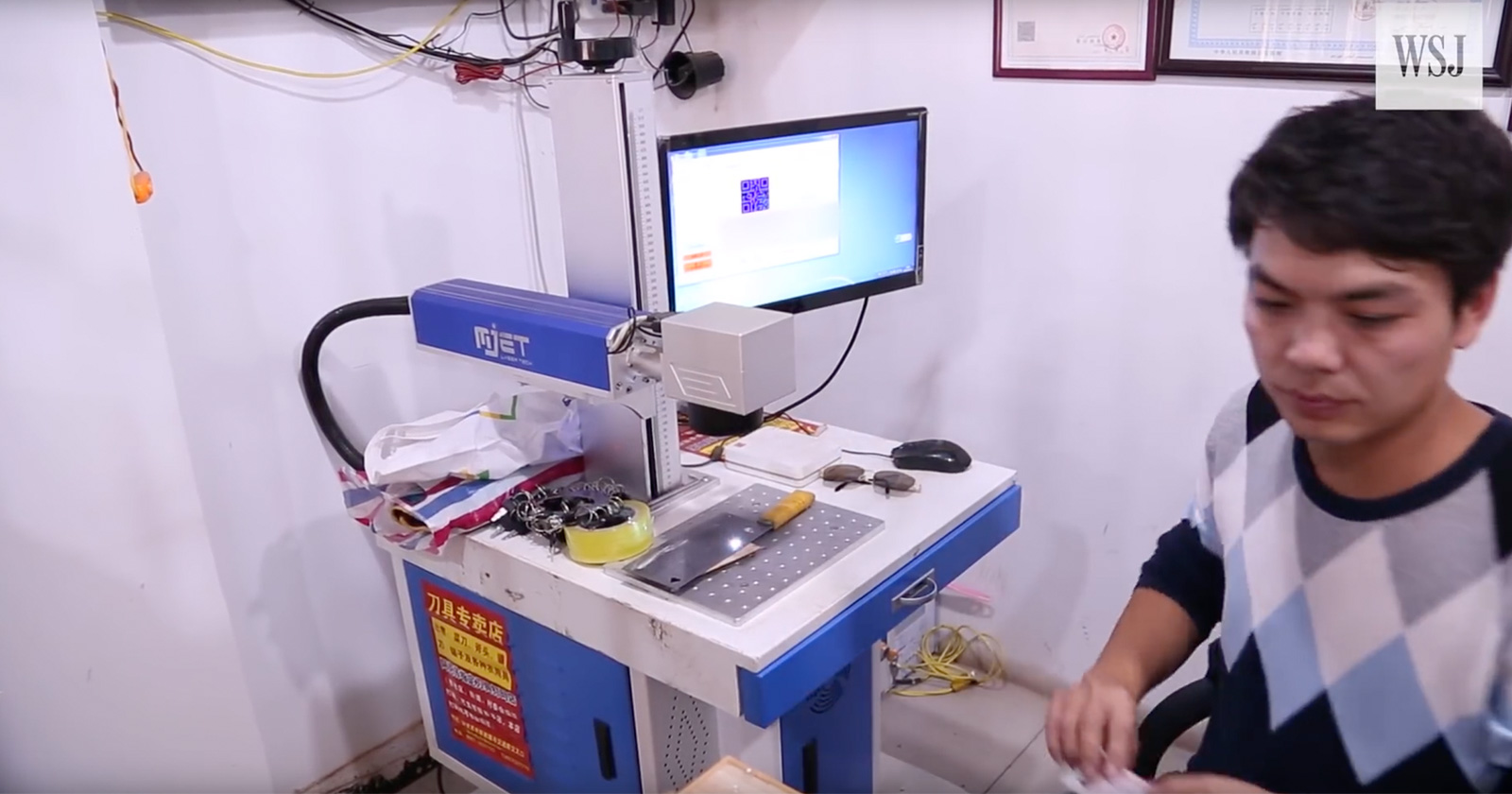 Think knife laws in the United States are a little too strict — I mean why aren’t switchblades legal federally? Then I recommend avoiding the Xinjiang Province in China at all costs.

Not only is the region devolving into a police state but it is also requiring your name, ID number, ethnicity, and more to be lasered right onto the blade of every knife you own.

So how did this happen?

The province, which is an autonomous region in the northwest portion of China, has been experiencing a rash of knife attacks (and attacks in general).

In September, five police officers were stabbed by separatists in a knife attack. Earlier this year, eight people were killed and 10 were injured by three assailants with knives.

The reason for some of these attacks are somewhat unclear, but rights groups report that the violence may be caused by the government’s oppression of a religious group called Muslim Uighur. 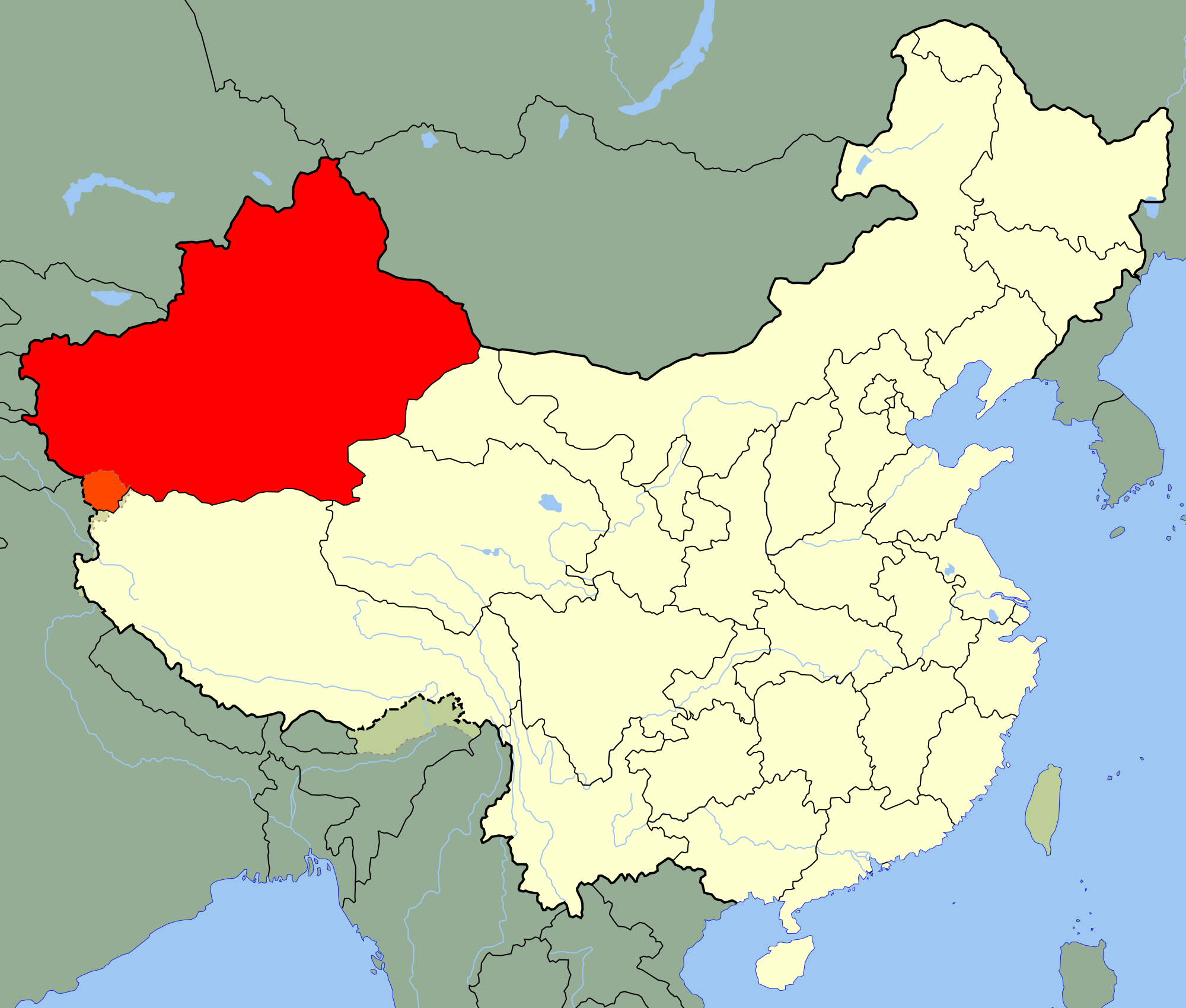 The Xinjiang Province of China is in red.

I’m probably getting too deep into the woods here, but the use of knives have given the government the bright idea of tracking people in every way they can, including tracking their knives with QR codes.

Here’s how the knife tracking works, according to The Wall Street Journal:

A person’s ID card number, photo, ethnicity, and address are encoded into a QR code that’s then lasered into the blade of any knife. This applies to “vegetable knives, fruit knives, butchers’ knives, those used for sewing, swords and knives for martial arts, axes, sickles, and all tools with blades.”

This order was first issued in January 2017, saying “Not one household or blade can be missed,” according to Hong Kong Free Press. People were urged to bring their edged tools to designated locations where they would have their knives engraved for a fee per knife. Otherwise, their knives would be confiscated.

The effects were more widely reported later by the Journal who interviewed a knife salesman who said he had to spend thousands of dollars on new equipment that would turn the info into a QR code and then etch it on the blade:

In Aksu, we interviewed a salesman at a knife shop that had to spend thousands of dollars on a machine that turns a customer's ID card data into a QR code and laser-etches it into every knife they sell. pic.twitter.com/T1FMkhdnHR

You can also see the etching in action and see the extent of the police state in this video:

Well, that’s scary and stupid but it would never happen here in the great United States of America, right?

Don’t be so sure.

There is already a ton of technology in use that tracks our whereabouts in our phones, and there are already license plate scanners on the highways and face scanners elsewhere. And that’s just the stuff we know about.

I doubt the United States would ever get to this point, but it’s scary to think about how it could.

How to Remove a Stripped Screw