Watch a Buck 110, Leatherman Wave, and Swiss Army Knife Get Made 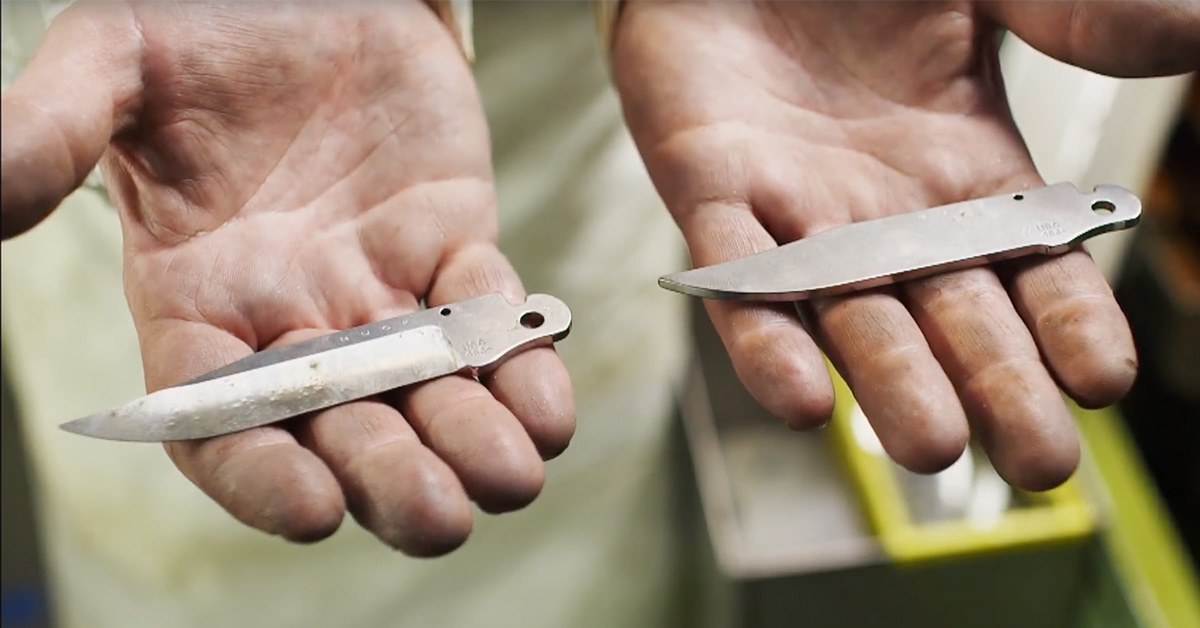 So much content exists out there that it’s easy to miss something that’s really cool and informative. Even a guy like me who’s paid to notice everything that goes on in the knife world can miss a thing or two. But some things are still cool even after they’re a little old.

Brandmade.TV is a YouTube channel that makes pretty interesting and in-depth videos on how famous products are made — like a Pelican Case, Samuel Adams Beer, and Pyrex Measuring Cup. Although the channel hasn’t put out videos for a year, three of the videos in the archives focused on iconic knives. Let’s take a look.

The 110 is one of the most iconic knives of all time and became so prevalent that any knife in that style is known as a Buck knife. The video features an interview with CJ Buck, who’s the chairman and CEO of the company, on the process the knives go through to get to their final state.

Remember Wenger? In case you don’t, Wenger was known as the maker of the “Genuine Swiss Army Knife” (vs. Victorinox’s “Original Swiss Army Knife” tagline) before it was bought out by its main competitor Victorinox in 2005. Then, in 2013, Victorinox announced that there would no longer be two separate brands and merged the two together under Victorinox. Although some Wenger designs still exists, they’re under a different name.

Anyway, Brandmade.TV got into the factory (which still operates today under Victorinox) to see how Wenger made its Swiss Army Knives. It’s definitely worth a watch.

The video on Leatherman starts off with a bold statement: Leatherman made the first multitool ever. While that is an untrue statement since multitools have been around for centuries, Leatherman did make the first pliers multitool.

The Wave is the most popular multitool at Leatherman and probably the most renowned pliers multitool around. This video gets an inside look at how the Wave is made with interviews from the assembly line and a big-picture look with Tim Leatherman himself.

It’s a shame these guys stopped doing videos on YouTube, but if I’m not mistaken, they’re bringing the show to the small screen (that’s the television for all you youngsters).

What is Minimum Advertised Pricing (MAP) and How Does it Affect Knives?