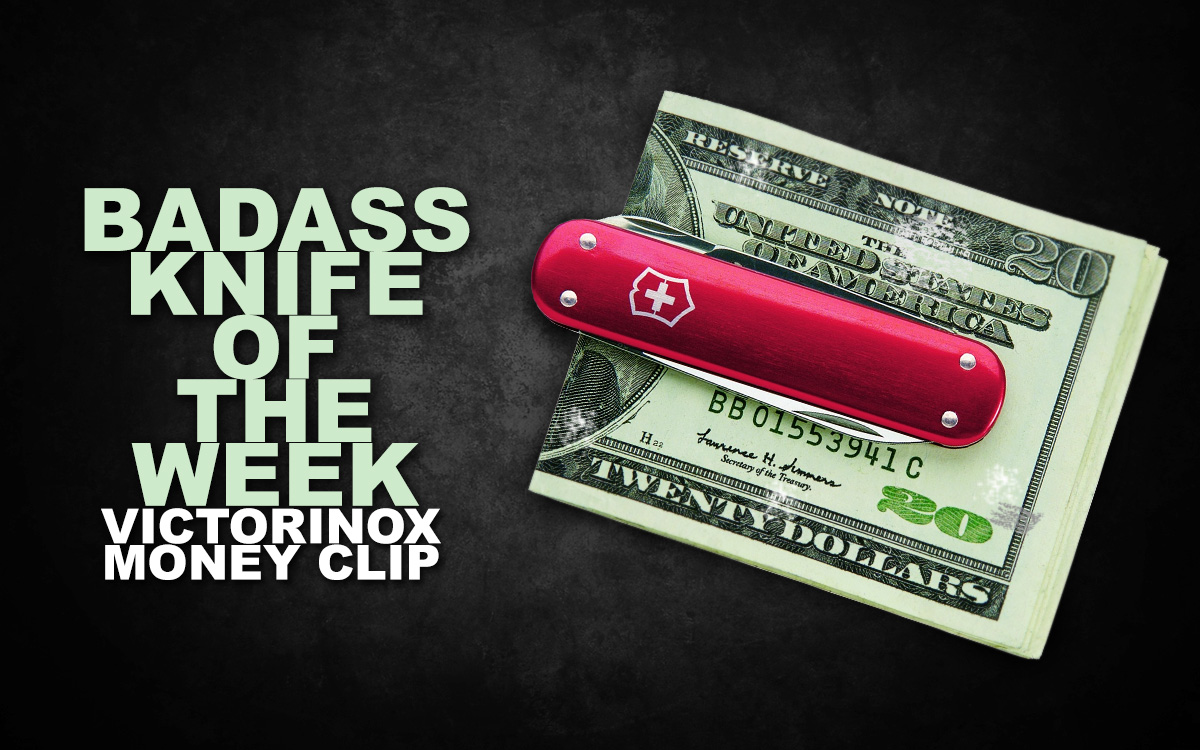 When someone sees the iconic red scales and that familiar emblem with a cross coming out of your pocket, they know exactly the type of person you are: a go-getter who’s self-sufficient and resourceful.

The Swiss Army Knife is one of the most iconic tools of all time, but those of us who already carry far too many things in the pocket may be opposed to stuffing a multitool in there as well.

For those who want to consolidate their everyday carry, there’s the Victorinox Swiss Army Money Clip.

This Swiss Army Knife has the all the multifunctionality of any other Victorinox model with one feature that makes it stand out from the countless others: a clip.

The clip on the back of the knife is designed to act as a typical money clip that holds credit cards and cash. This removes the need of a wallet and greatly reduces the pocket bloat plaguing the modern man.

But aside from the money clip, the knife comes with four other functions, including a large blade, scissors, a nail file, and a nail cleaner.

The Victorinox Money Clip comes in three different shades of polished Alox handles: red, silver, and black. The scales are affixed with silver pins and bear the Victorinox emblem.

This lean yet versatile knife has a length of 2.9 inches when closed and weighs in at just an ounce.

For more information on this Badass Knife of the Week, check out the product page for the Victorinox Money Clip.