We’ve all been in that situation. You wake up early Christmas morning, run to the presents resting under the tree or in the stocking above the fireplace, rip off the wrapping paper and get… socks.

Don’t be the person who receives a forced smile and tempered thanks. Instead, give the gift that will make that special person jump for joy during the holidays—a brand spanking new knife.

Since we know there are thousands of knives out there, we’ve made the process easier. Over the next week or so, we’ll be dishing out these guides of top knives in different categories that make great stocking stuffers, including throwing knives, kitchen knives and more.

Today, we’re starting with the five best multi-tools to give as stocking stuffers. 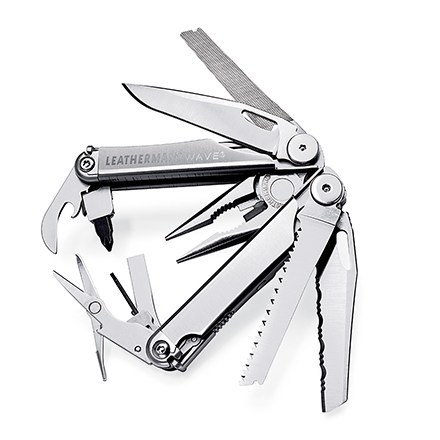 Leatherman is credited with being the brand that pioneered the folding plier multi-tool and boy have they perfected it. The Wave is widely considered the best Leatherman (and even multi-tool) on the market because of its ergonomic design, 17 tools and 100 percent stainless steel construction.

Although it’s a bit pricier than some of the other multi-tools, the Wave more than makes up for it in its quality. If a plastic knife is on one side of the cheap spectrum, the Wave is at the complete opposite side. Whoever finds the Leatherman Wave with Nylon Sheath in their stocking is one lucky person. 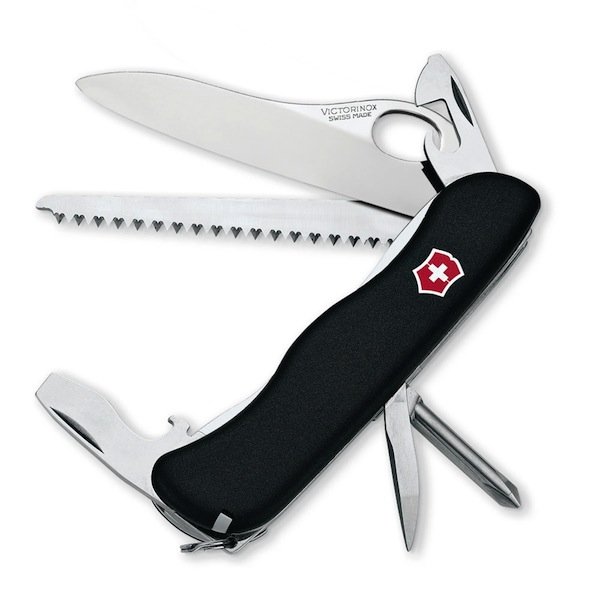 It’s impossible to make this list without adding something by Victorinox, but the Trekker is not your father’s Swiss Army knife. What separates the Trekker from its traditional red brethren is that it is a fully functional pocket knife with a locking blade among its other tools. This is notable because most Swiss Army knives don’t have locking blades, meaning if you did anything strenuous, you have to be really careful or the blade could close on your hand. With the Victorinox Swiss Army Trekker you don’t have to worry about it.

Aside from the impressive serrated blade, it also includes 11 other useful tools for everyday use, including screwdrivers, tweezers, a toothpick, wood saw and more. 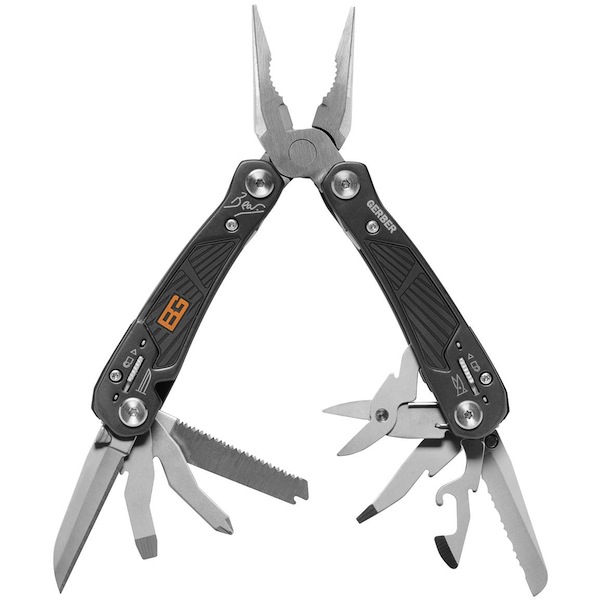 Normally, the mere thought of something with a celebrity’s name on it makes me shudder and automatically think it’s a ploy to make money (I never had much faith in Hulk Hogan branded “Hulkster Cheeseburgers,” for example), but the Bear Grylls line from Gerber is no joke. The Bear Grylls multi-tool is aptly named the Ultimate Multi-tool because it features a rubber grip to reduce slippage, boasts 12 weather resistant components and comes with a high-quality sheath.

Plus, with the partnership from two highly reputable brands—Gerber Gear and Bear Grylls—you know what to expect with the Gerber Bear Grylls Ultimate Multi-tool. 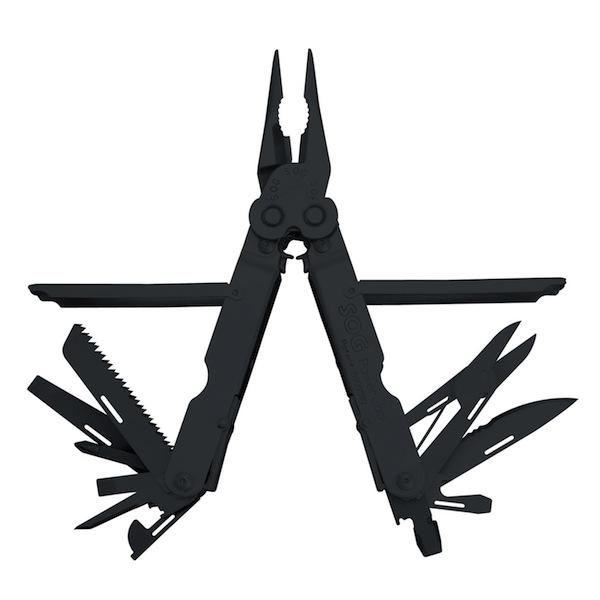 Like the Founding Fathers set out to make the perfect country, SOG knives set out to make the perfect pliers multi-tool. The product of that quest is the SOG PowerLock. The PowerLock excels in its durability and tactical appearance, but its real asset—which is something none of the other muti-tools in this list has—is the ability to customize the tools. If you’re not sure what types of tool the person you’re giving the gift to wants, the PowerLock gives them the ability to switch things in and out, depending on what they’ll be using it for.

You’d better get used to the name PowerLock because you’ll be hearing about it from the person you gave it to for the next 50 years. 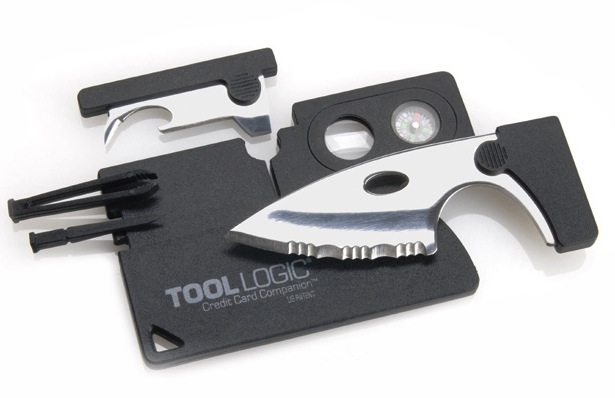 Finally, we venture into the less traditional multi-tool. If the receiver is constantly looking for something unique or already has a multi-tool, the Tool Logic Credit Card will become his or her new favorite device. The multi-tool comes with all the usual suspects, such as a toothpick, tweezers, a 2-inch blade, awl and more, but its presentation is very original. These components are all packed into a tool that resembles a credit card, so you can easily take this piece of gear with you wherever you go.

A gift of the Tool Logic Credit Card or any other multi-tool on this list will put the excitement back in opening presents.