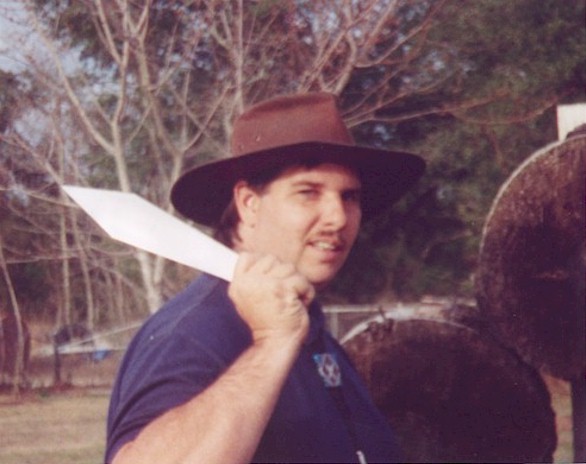 Since the day he discovered a pair of throwing knives in his mother’s kitchen, Bobby Branton has had a passion for knife throwing.

Branton’s love for the sport motivated him to become the president of the American Knife Throwers Alliance, in addition to creating his own custom knives and spreading knowledge about throwing knives through seminars and consulting.

It’s been a very interesting road for Branton.

He first became involved with throwing knives as a young man and spoke about his experience during a recent interview with The Cutting Edge.

He devoured books and information about throwing knives and eventually met some of the legends of knife throwing, such as Paul LaCross and Kenneth Pierce.

It was then that he set out to revitalize the stagnant American Knife Throwers Alliance in order to make knife throwing accessible to more people. The new purpose of the AKTA was to train people who were interested in forming and hosting their own knife-throwing competitions.

“We used to host our own competitions at our houses, but there was too much liability,” he said.

Now, there are a number of competitions that take place around the country every few years. 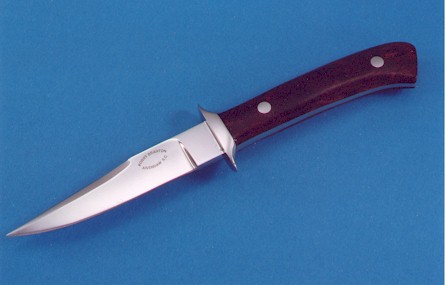 Along with organizing throwing competitions, he also became interested in crafting his own knives. The first throwing knives he crafted were designed by legendary blade maker Harry K. McEvoy. Since then, he’s tweaked and built upon that original design.

Although his craftsmanship has earned him plenty of accolades, he’s especially known for his knife- throwing skills.

In fact, in 2004, he was flown to Los Angeles to train Salma Hayek for the movie “Bandidas,” because the film’s producers wanted the movie’s knife-throwing scenes to be realistic.  Later, he traveled  to  Mexico City for the film, where he served as the technical advisor and taught Hayek more.

“I basically went from being a promoter of knife-throwing competitions to a Hollywood consultant,” Branton said.

Branton continues his work promoting competitions and training people how to throw.

“The first thing I always tell beginners is to get a good set of throwing knives, because you can really tell the difference,” he said. “It’s like night and day, going from a bad set to a good set.”

The perfect size to start out, he said, is a 12-inch knife with a medium weight.

With all the changes that have happened in the world of knife throwing, it’s hard for Branton to predict what the future of knife throwing will look like. He said that though his sales have gone up recently, he feels that the poor economy has made it tough for some aspiring knife throwers to purchase throwing knives.

However, regardless of what happens, you can bet that Bobby Branton will still be sharing his love for throwing knives in the future.

You can check out more of Bobby Branton’s knives on his website. Another great place to learn more about throwing knives is at KnifeThrowing.Info.

This post is part of a series of articles we’re doing as part of our throwing-knives contest.  Learn how you can win a pair of throwing knives and $100 cash. https://credit-n.ru/order/zaymyi-dengibudut.html